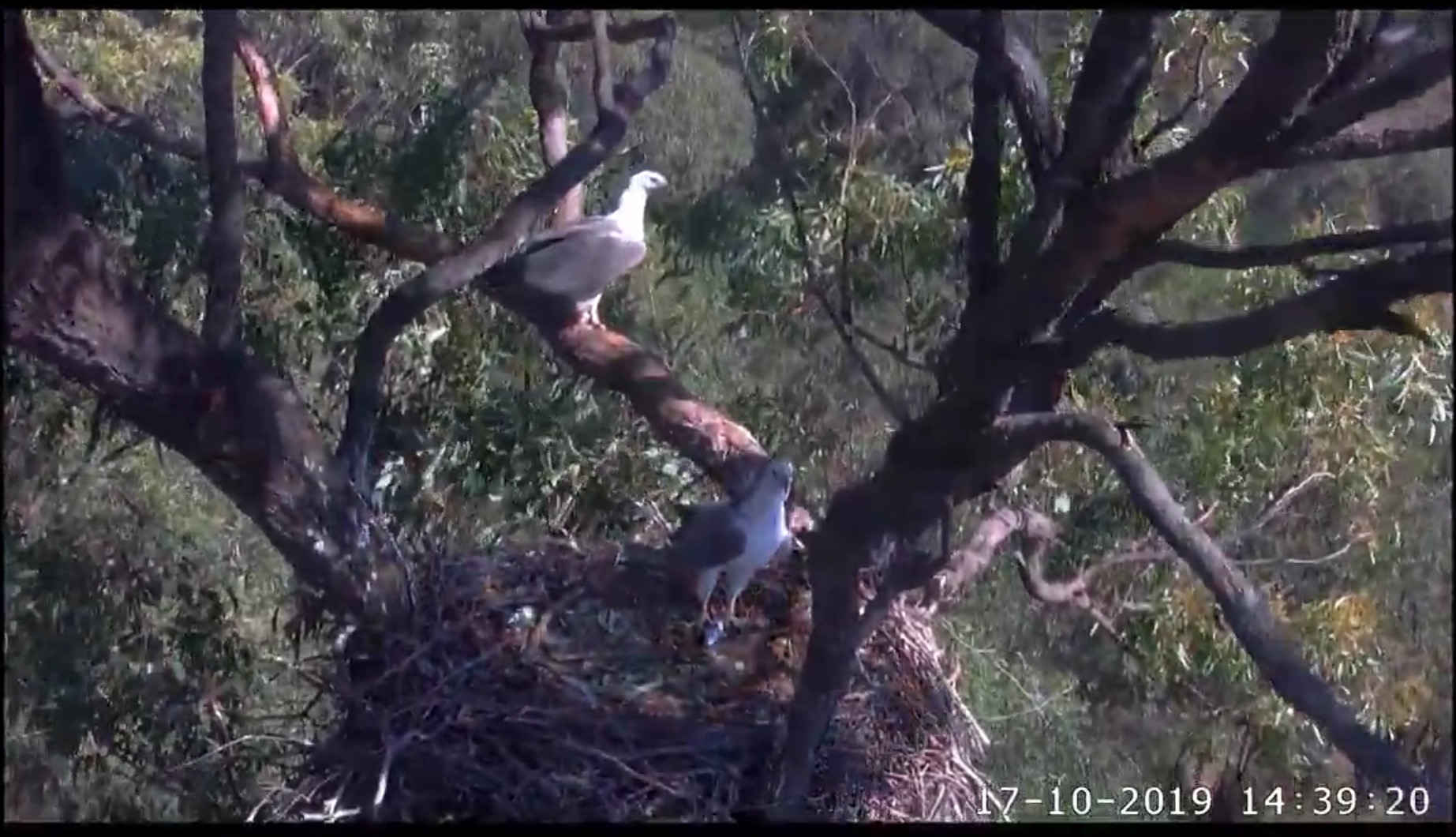 .Another search in the forest. We found SE23, we think, well hidden in a leafy shrub, close to hide and ironbark roosts. I am pretty sure the adults will find him.

Tämmöisen yhdenlaisen muistelon löysin
Pat Burke: When there have been multiples at this nest the 2nd hatch has always fledged first in past seasons since camera went live for the public. SE24 was no more advanced than they were. 2015 eaglet SE16 fledged a day ahead of SE24 at 76 days, SE24 was 77 days. Of course when there has only been singles on the nest, the oldest was the one who fledged, except 2011 when the oldest passed away in first week, and the 2nd hatch fledged.
https://www.facebook.com/groups/sydneys ... =bookmarks
***
Täältä historiasta varmaan avautuu monta asiaa...
http://sea-eaglecam.org/history.html 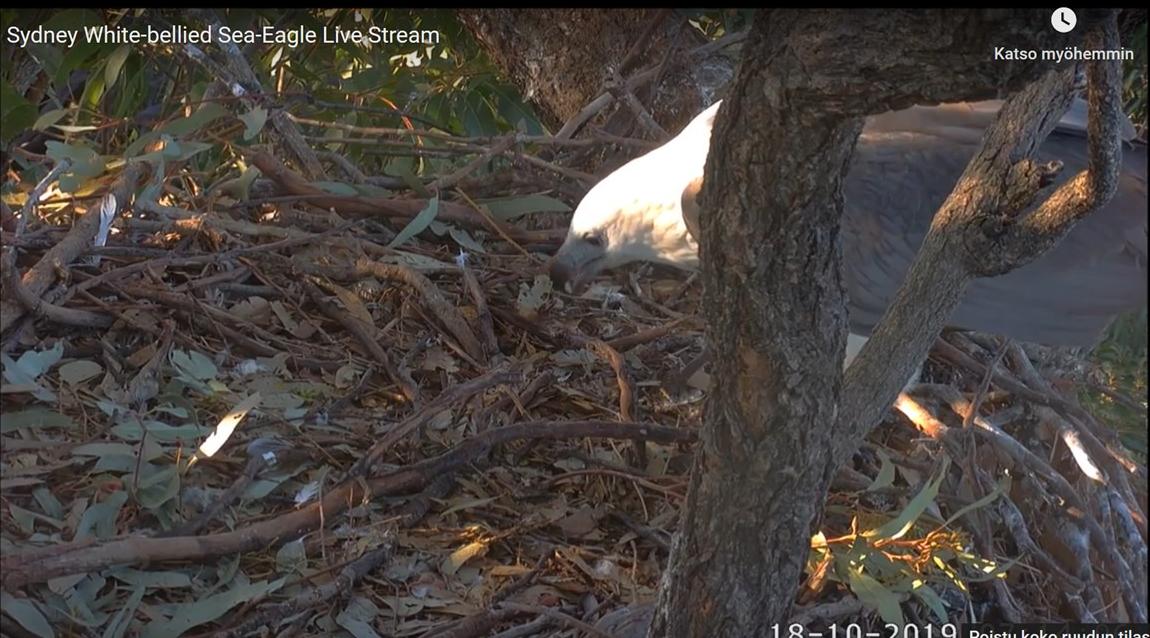 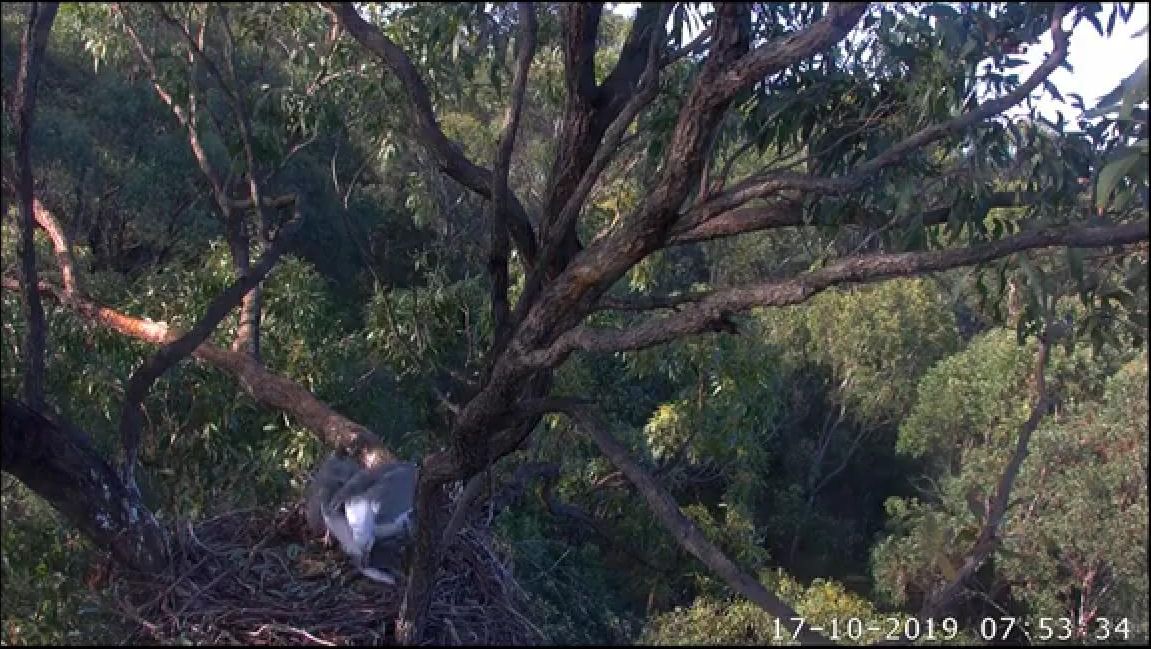 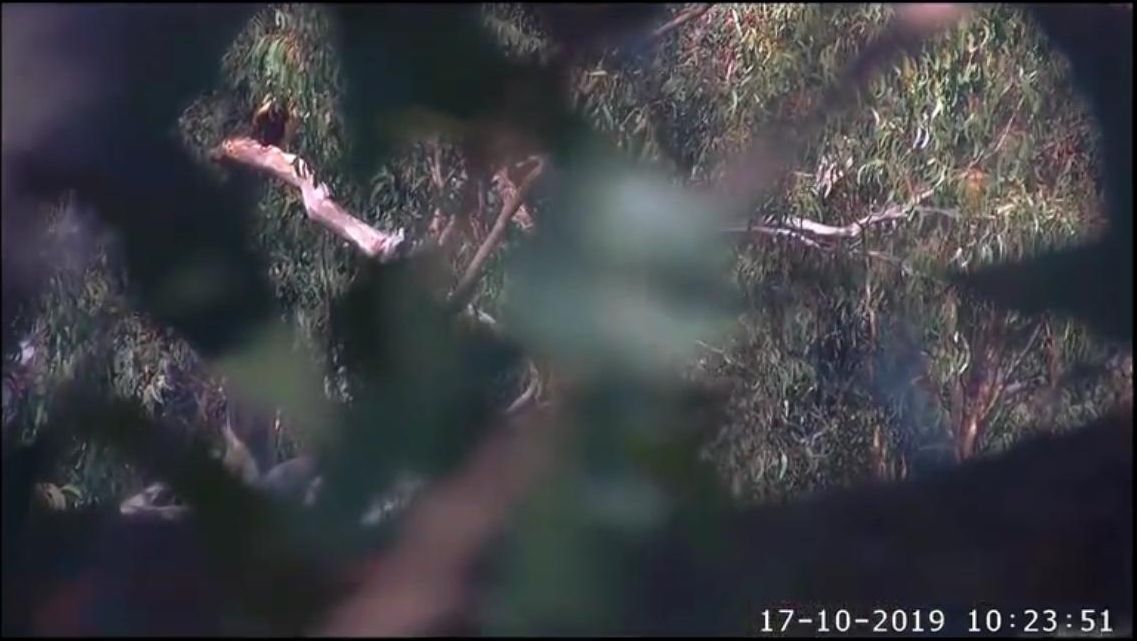 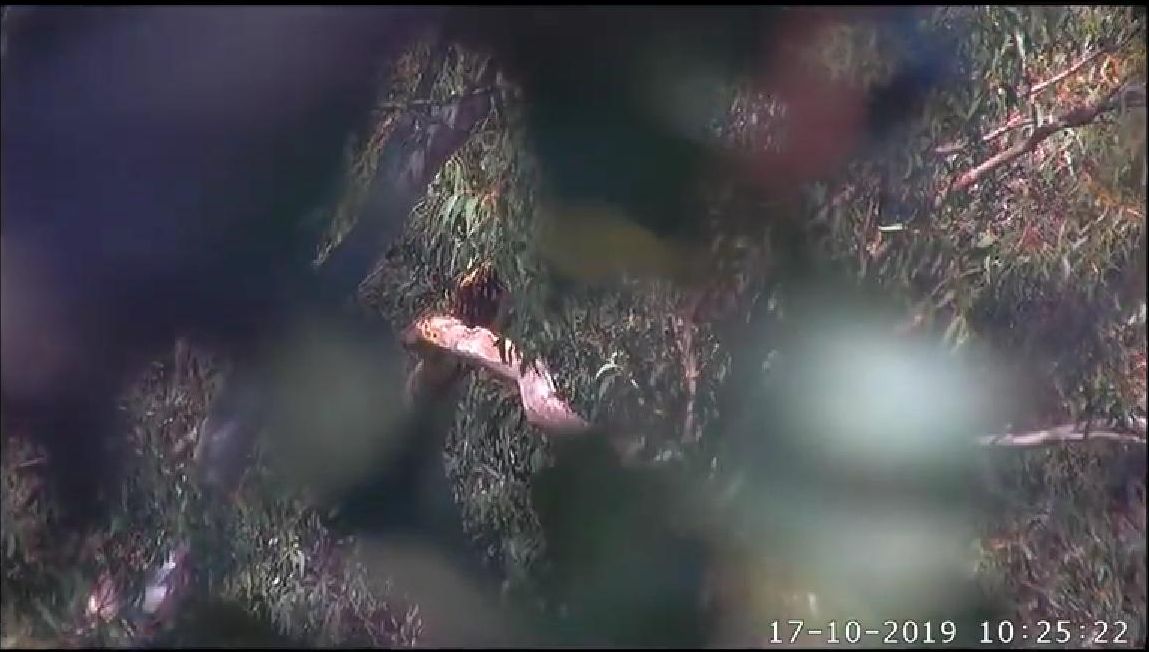 Helen Stibbs vastaa
please don't worry, I am sure they are both ok! Parents have been going in different directions with food. We were spoiled last year when SE21 kept returning to the nest, the previous fledgling didn't come back (SE17) but was observed flying around with and without the adults. As they say, trust the eagles!!
https://www.facebook.com/groups/sydneys ... =bookmarks
Ylös

The fledgling that Rohan saw flying around on Wednesday was very likely SE24, not SE23.

We "think" SE23 is still in the trees around our third camera - referred to as IR, short for Ironbark tree. That is where Judy and Cathy saw him on Thursday morning.

This morning a local very familiar with the SE's nest and local hangouts, said this:

"Both parents were were doing short bouts of flying near the RR and mangrove island, like they were protecting the area - behaviour I have not seen there before. About 11 when I passed by again, there were sounds like the eaglets make calling for food. The parents were also more vocal than usual honking at other birds flying near the RR."

From that we can surmise that at least one has probably crossed the river - likely SE24 because he has been seen flying well. SE23 probably needs more practice. The person who reported the Mangrove Is. activity would not have been carrying camera or binoculars.

If one or both are out and about someone will get pics.
Ylös 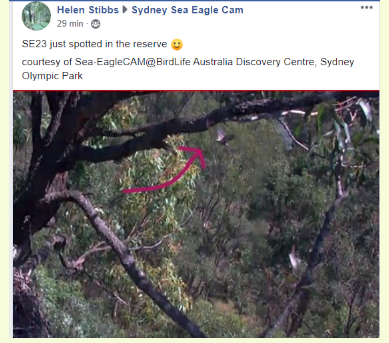 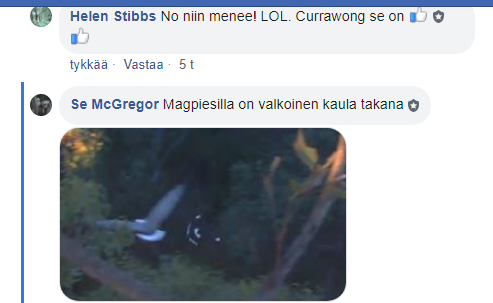