The Estoanian Golden Eagle population productivity is rolling by 3-years cycles. First year cycle is lowest productivity, second is middle and third year is highest. Such 3-years cycles are very concrete. This year (2021) is the bottom of the cycle. We don't know exactly what kind of factor(s) can cause the productivity cycles here in Estonia, but from the literature it is known that normally these kind cycles are caused by prey abundance. So at the beginning I was really surprised that Helju and Kalju are this brave pair who could "win" the nature rules and will grow up a new juvenile. Right now I don't have any explanation that they (probably Helju) got additional amounts of new information through the first part of the laying period which convinced them (her) that they might be in serious problems later in June or July. So according to their instincts came a "decision" to not continue the egg laying. I'm absolutely sure that Helju is a smart and experienced Golden Eagle lady who acted in proper way as it is common in nature. Real nature is always very-very pragmatic. Definitely we were witnesses of a sad story, but on other hand we are lucky to see the behaviours that experts can normally only guess. I have followed Golden Eagles nestlife by trailcams for now 10 years in Estonia. Through this period I have had only two cases where eggs or 3 days eaglet "disappeared" within 20 minutes and the female is peacefully on nest. I suspected already then that probably the female is able to "correct" the breeding results, but I was not sure about this. Now we got it evidence kind of infanticide behaviour. 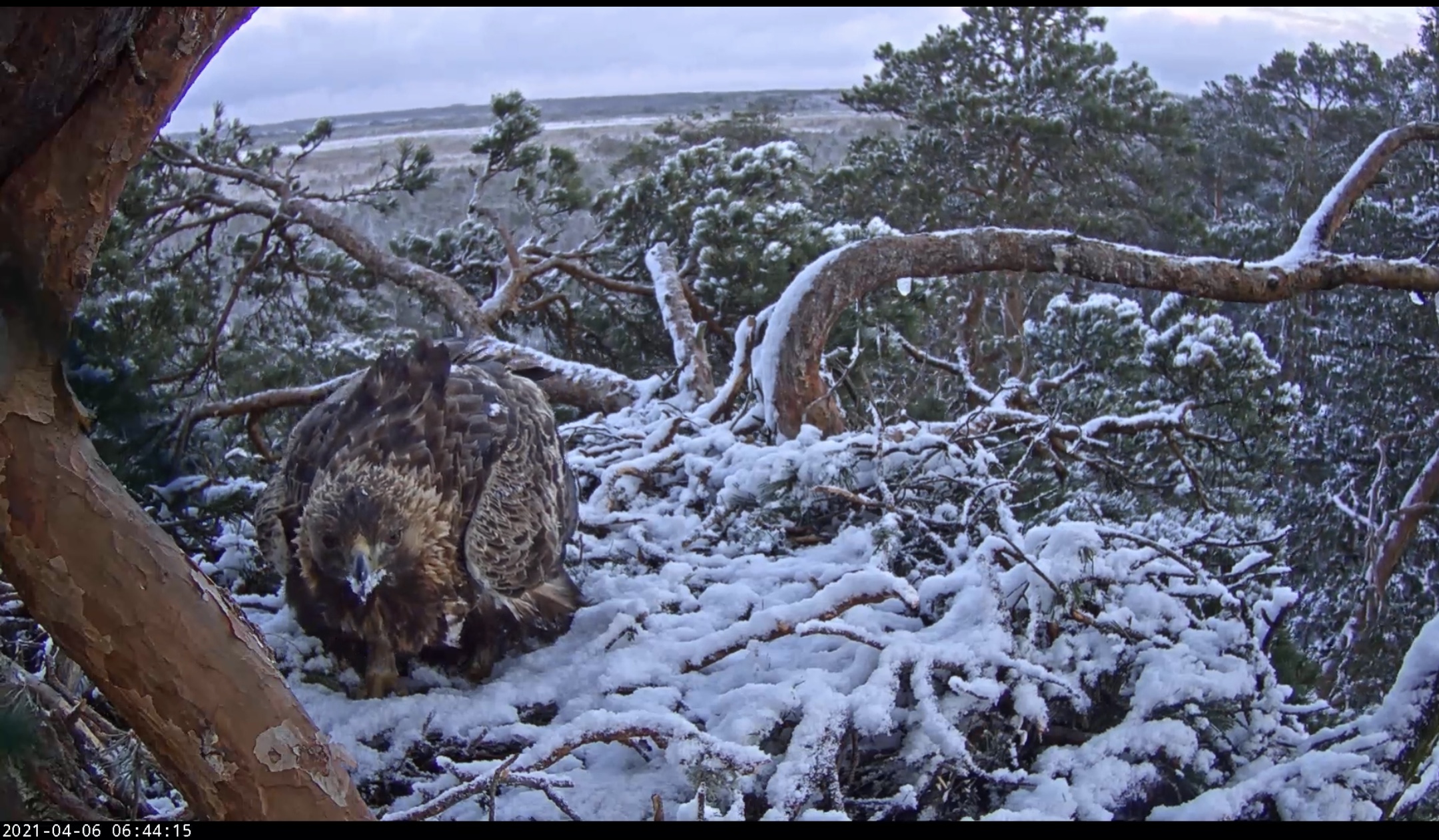