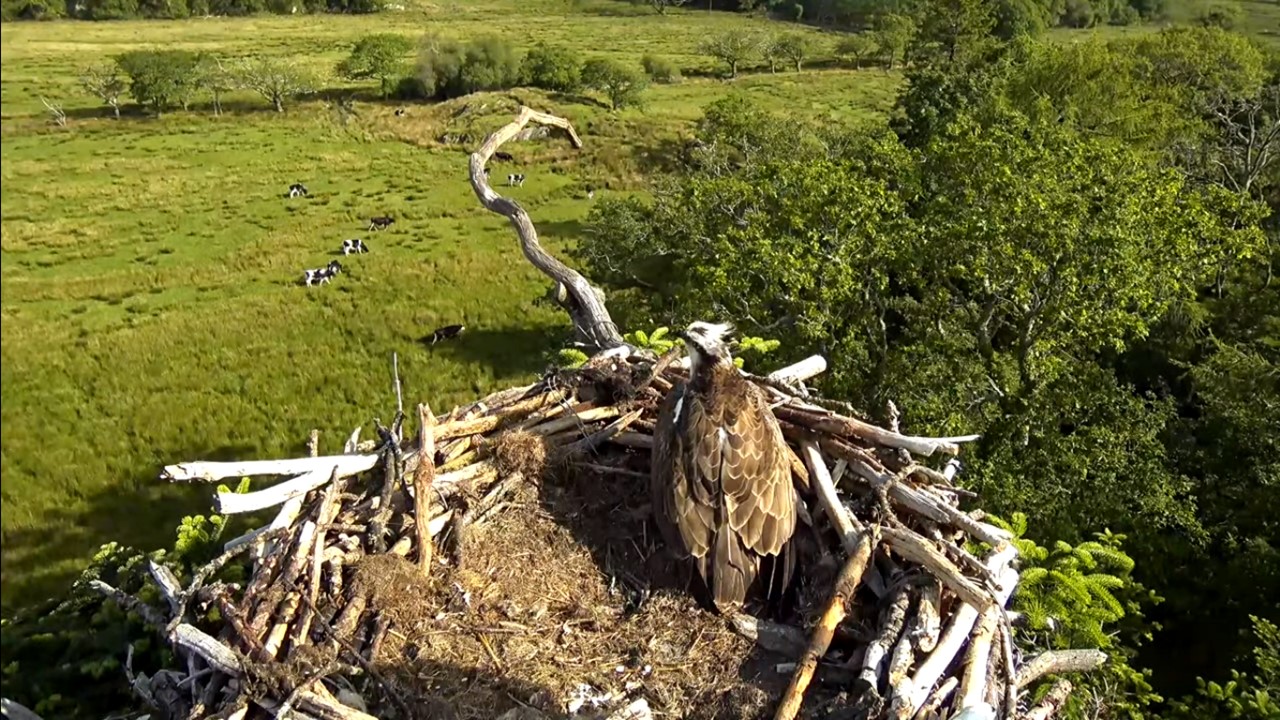 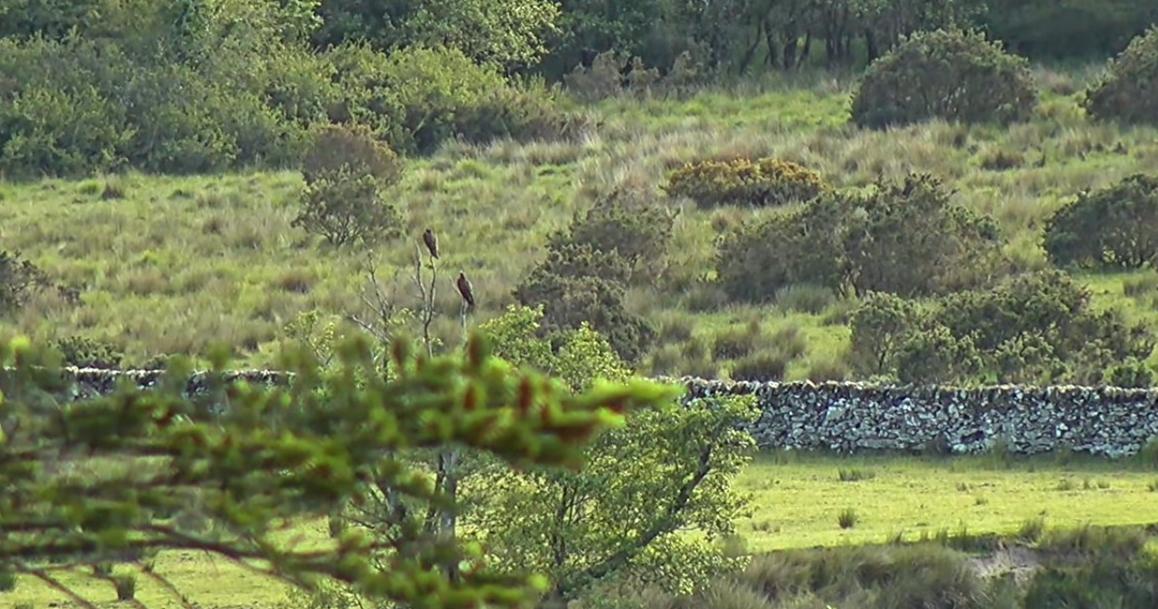 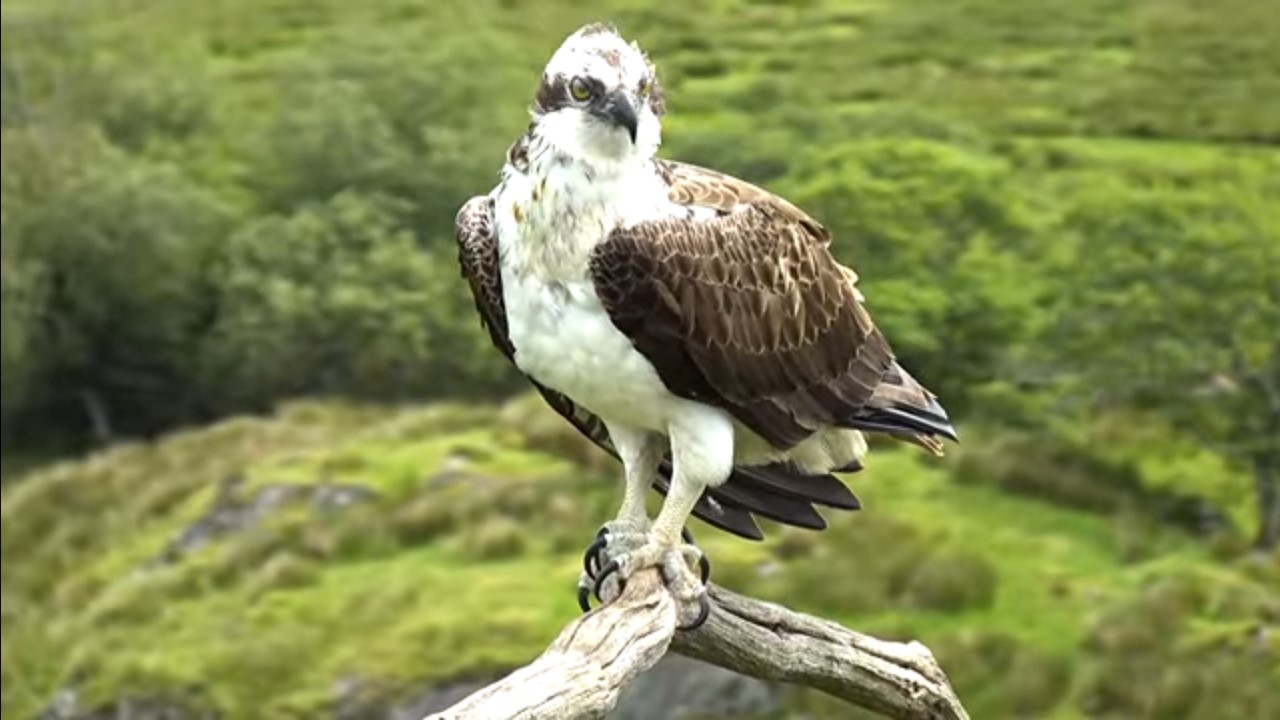 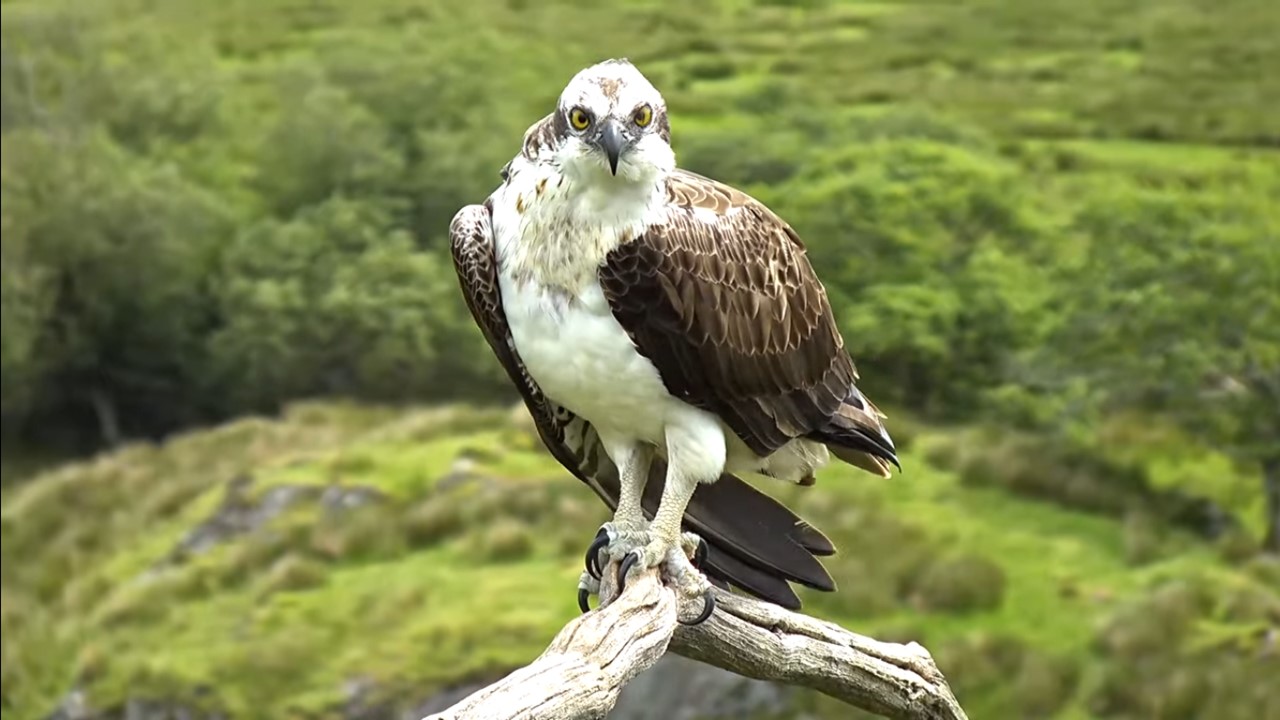 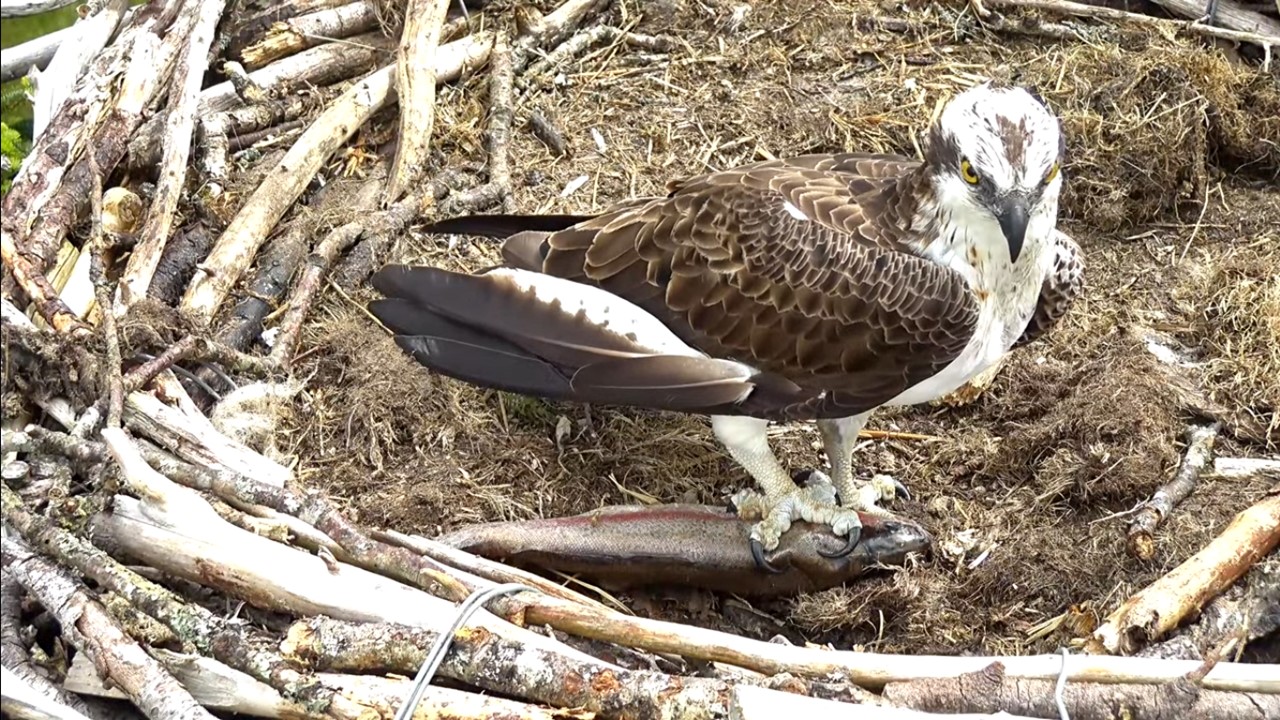 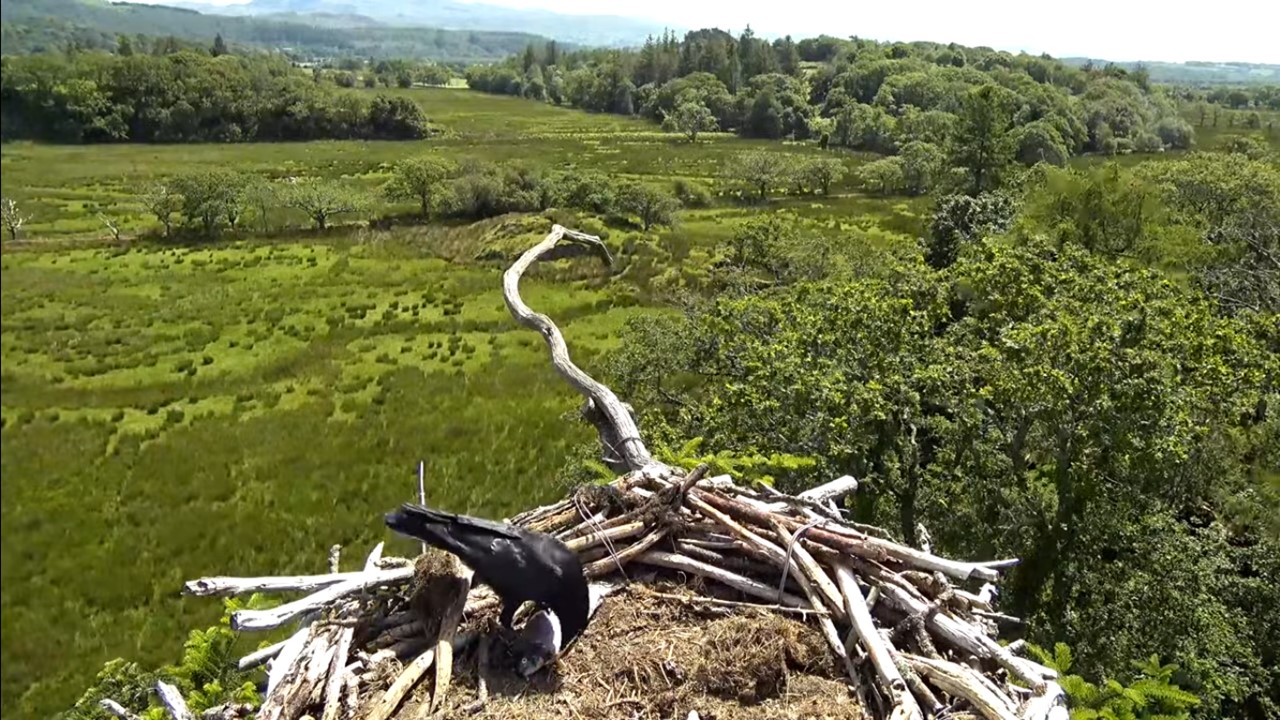 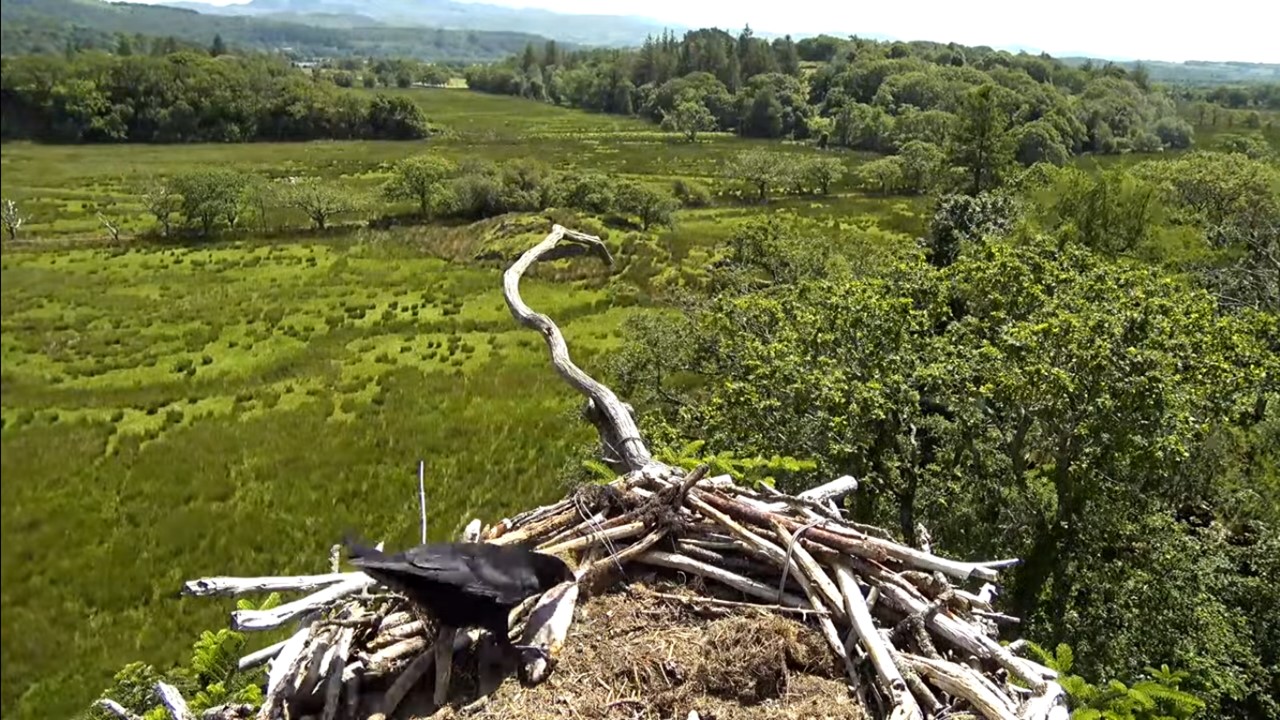 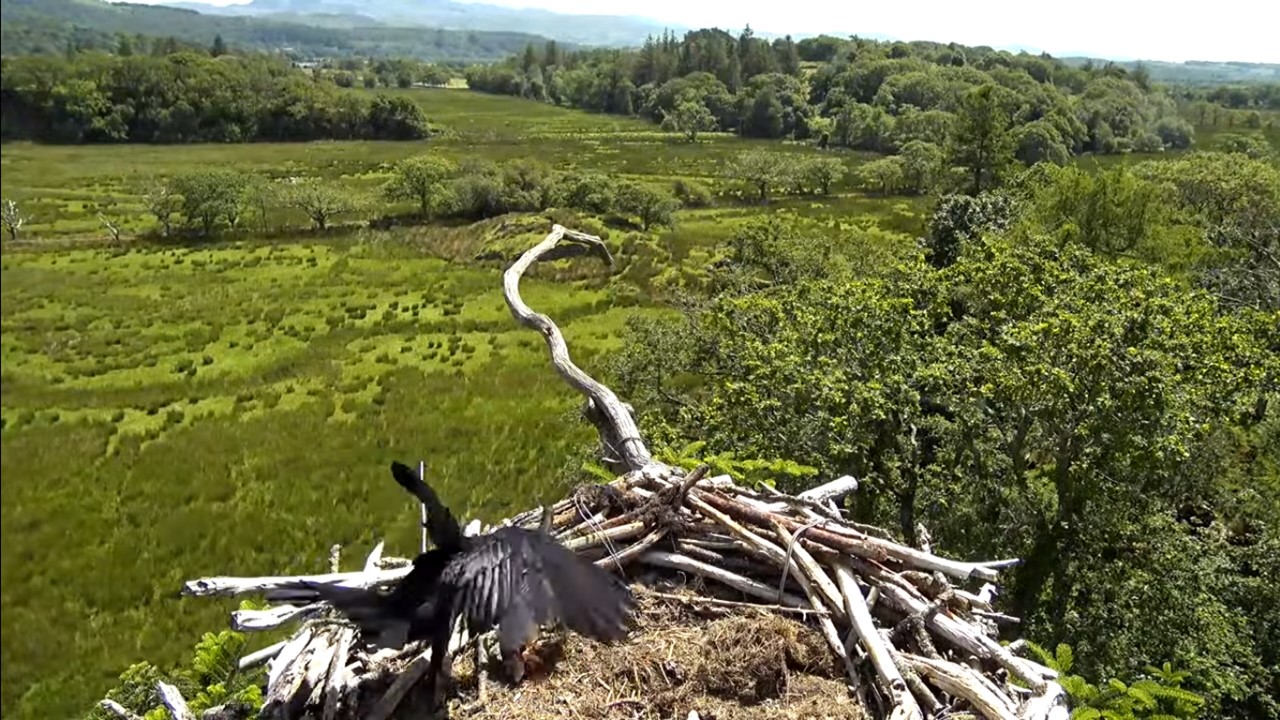 We have some fantastic news to share about the Friends of the Ospreys Pont Croesor Nest.
Today it is day 40 since the first egg was laid and we now believe that a chick has hatched on the nest.
Yesterday (Sunday 13th June), we noticed slight changes of behaviour on the nest, with the female, 014, being fidgety and getting on and off the egg/eggs as though she could feel movement inside. Early this morning at 05.39, Z2/Aeron delivered a fish to the nest and instead of food soliciting as he approached the nest and taking the fish away as she normally would, 014 remained quietly on the nest and edged around the nest cup looking into it. Z2 would normally be eager to take over incubation duties at this point, but instead he sat on the side of the nest protecting his family. Z2 has delivered four fish to the nest today and 014 has remained on the nest throughout the day, not even leaving for a toilet break early in the day when we observed her poo over the side of the nest. We watched as she broke off small pieces of fish and bent down into the nest cup during several feeding sessions.Huge congratulations to Darren from Friends of the Ospreys on the success of the nest and also Birds of Poole Harbour and Dyfi Osprey Project, where the female and male originated from. We look forward to watching the progress of the young family during the coming weeks at Pont Croesor.