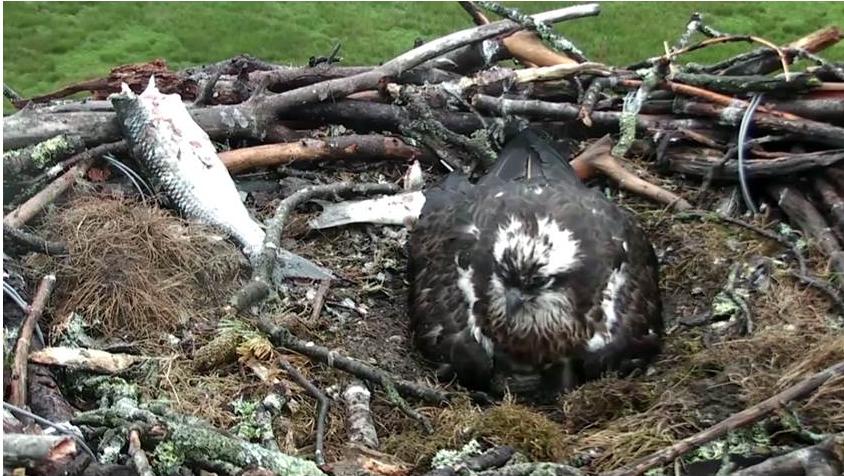 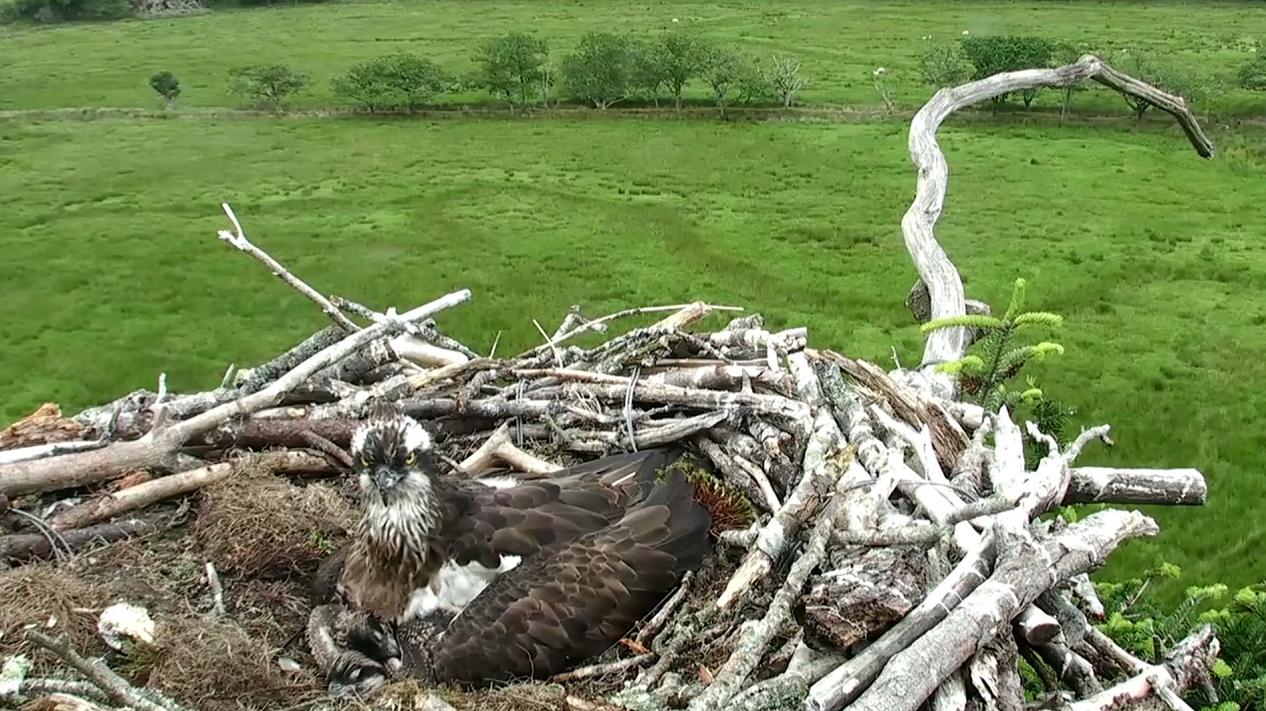 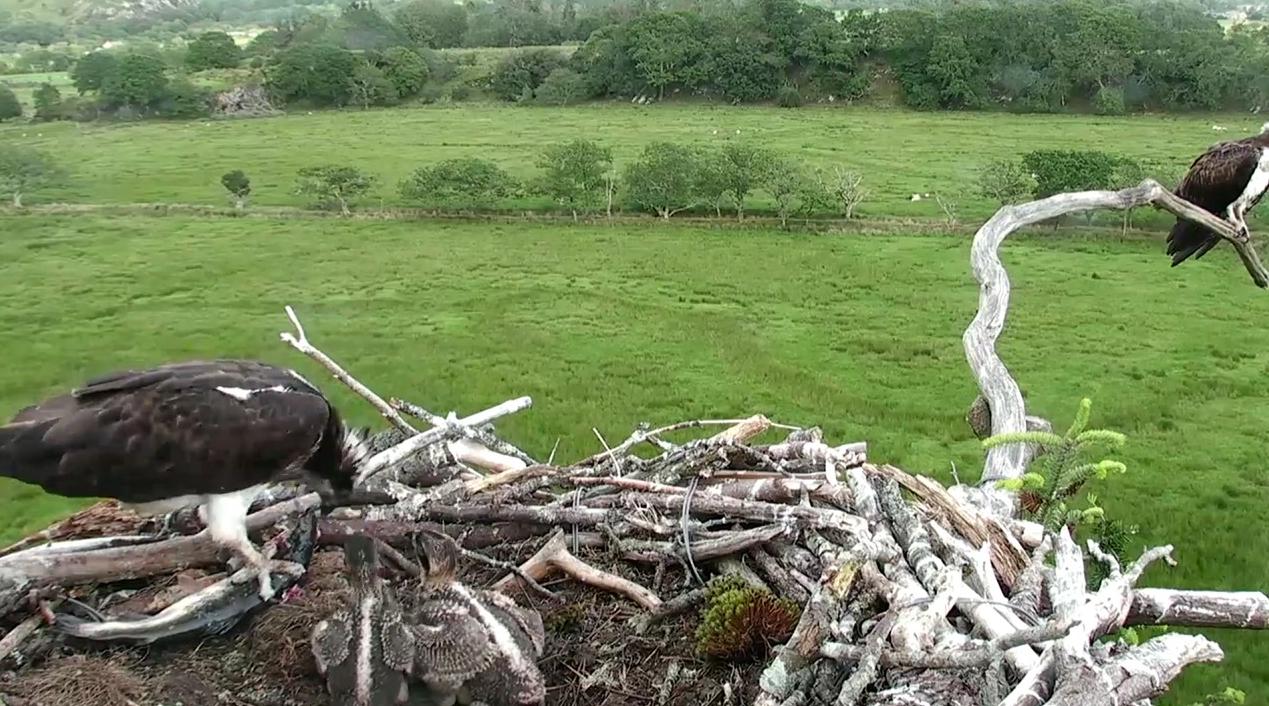 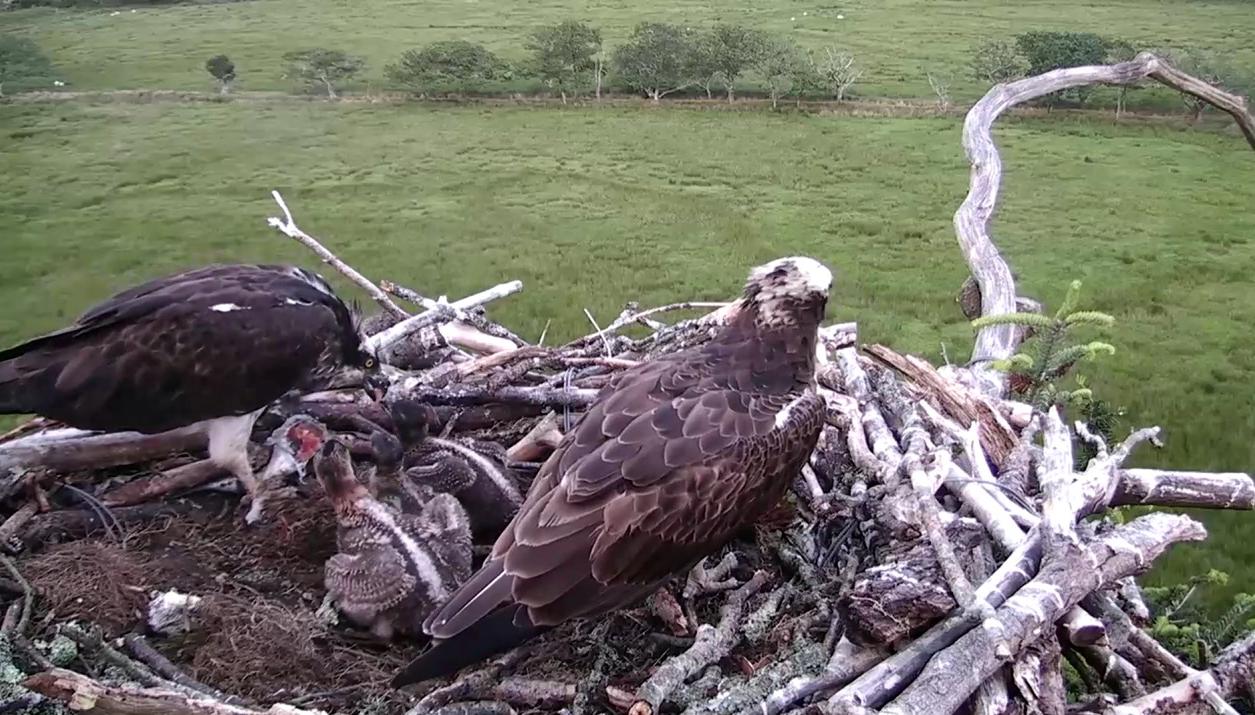 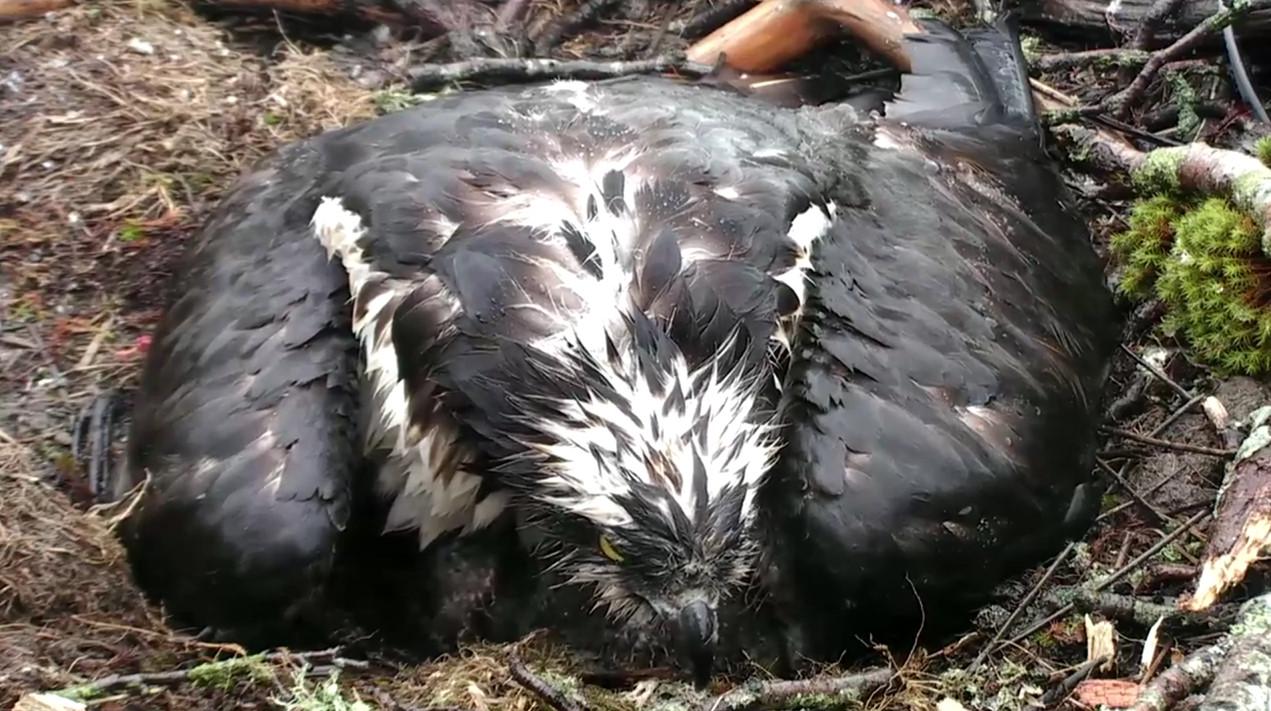 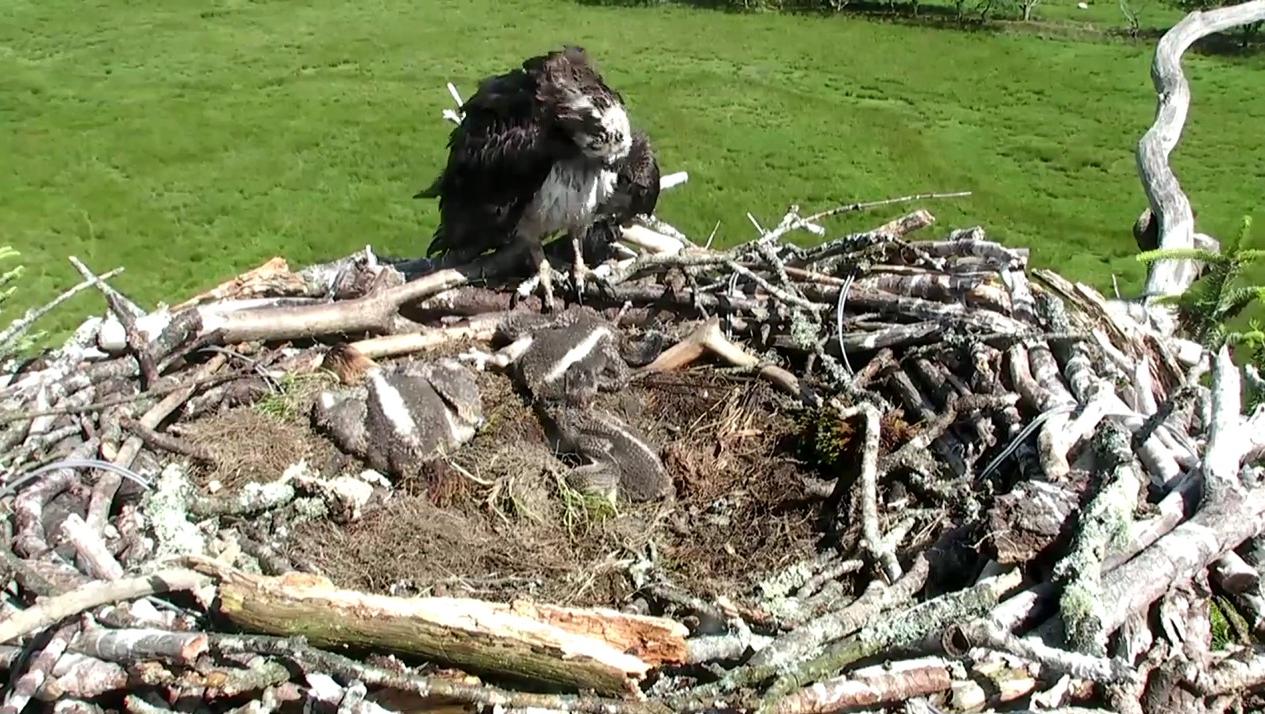 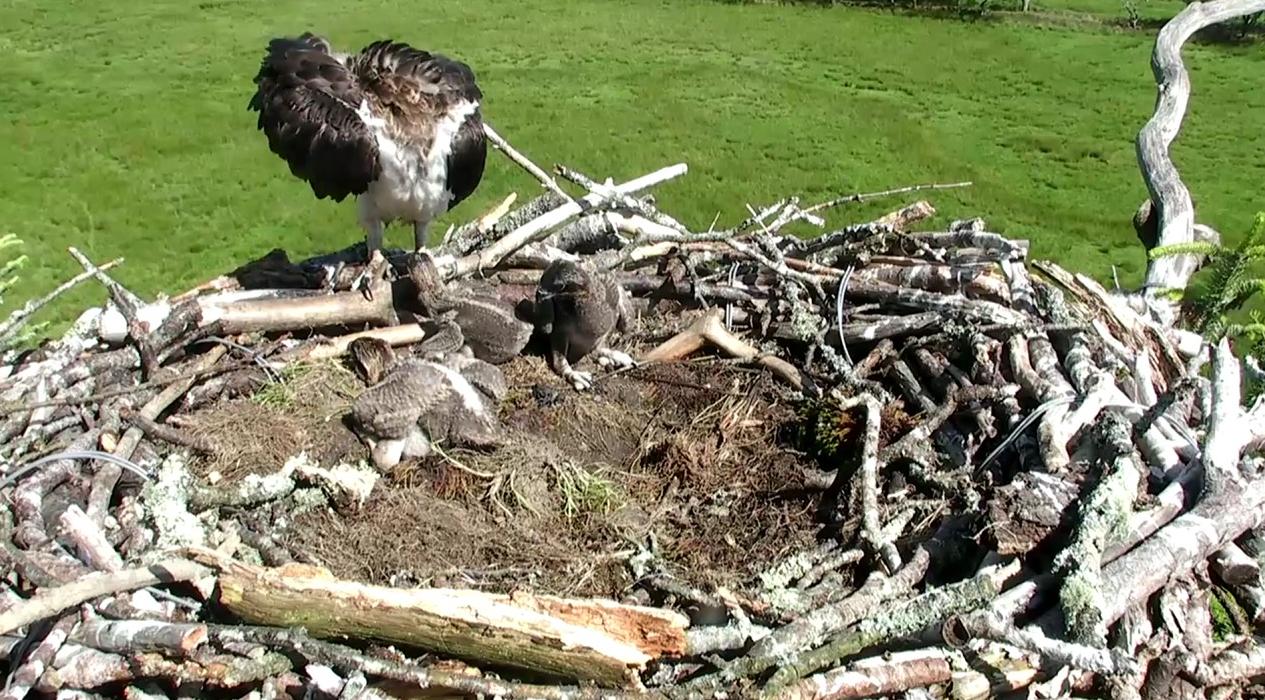 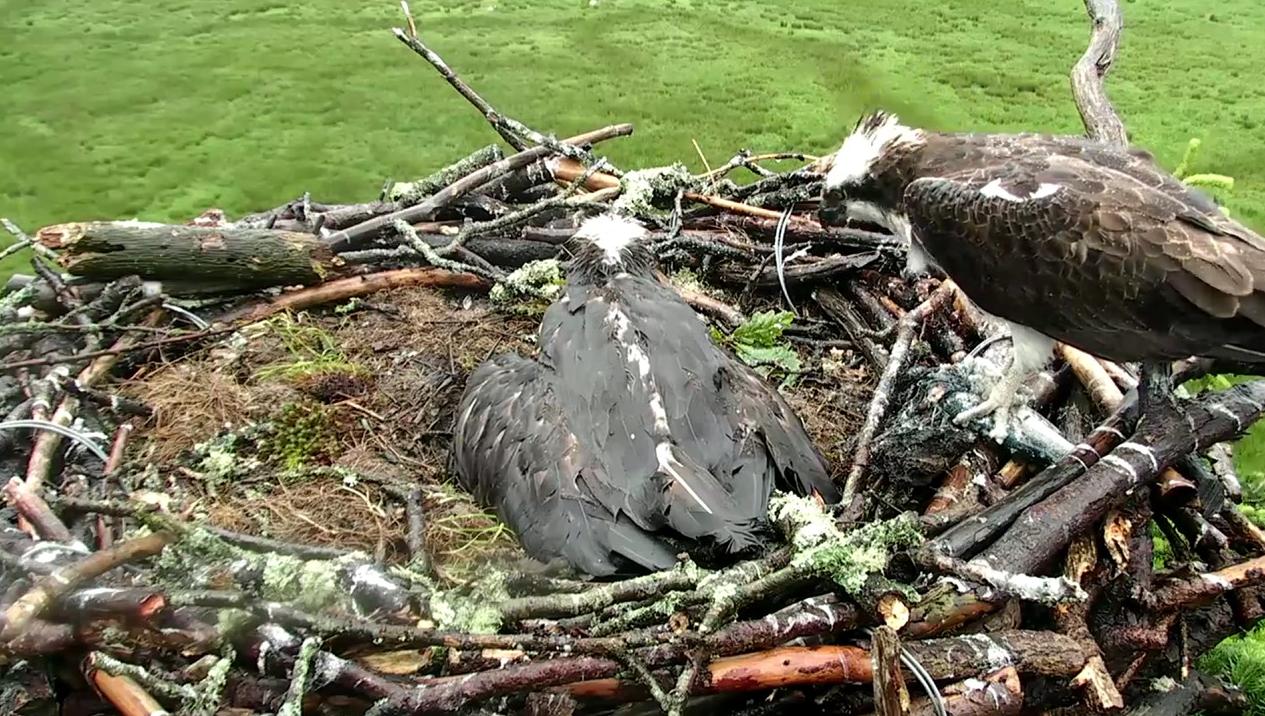 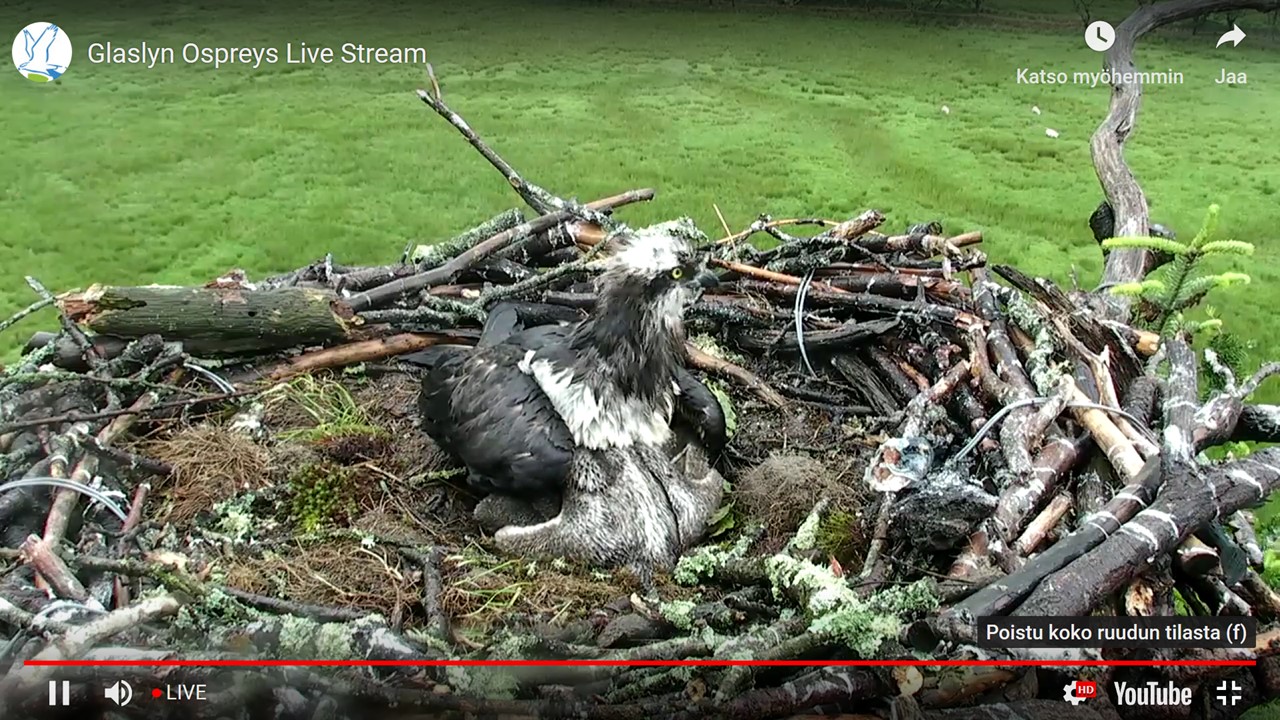 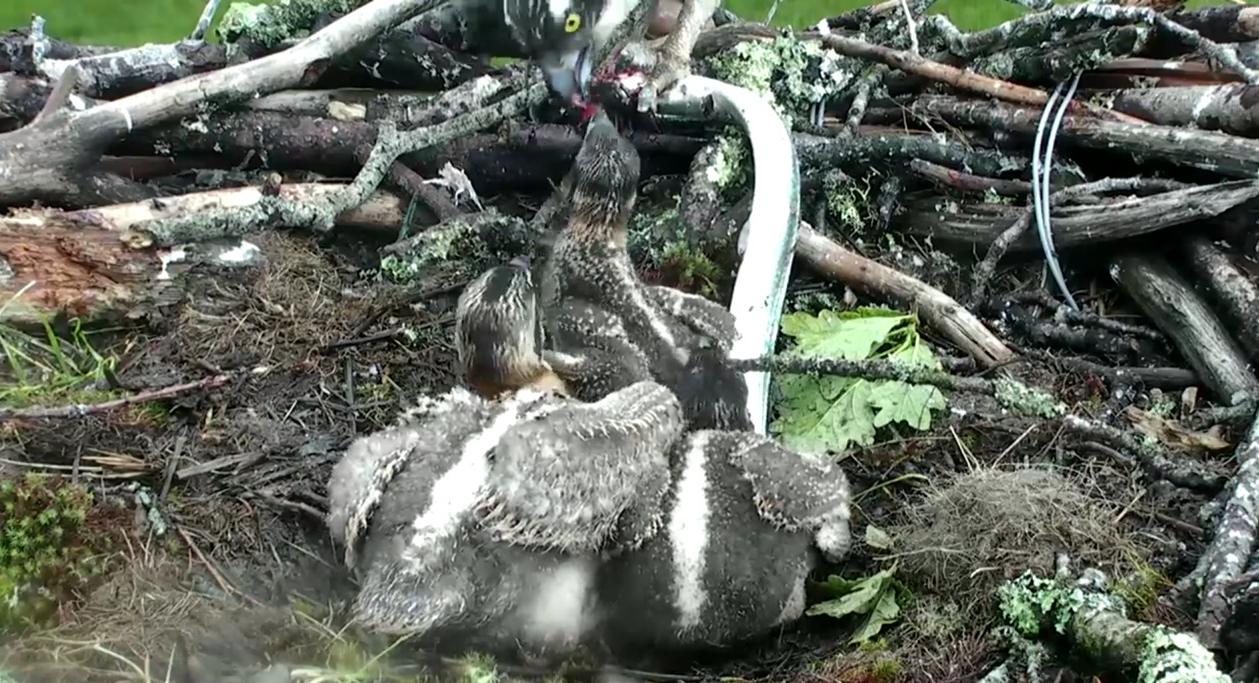 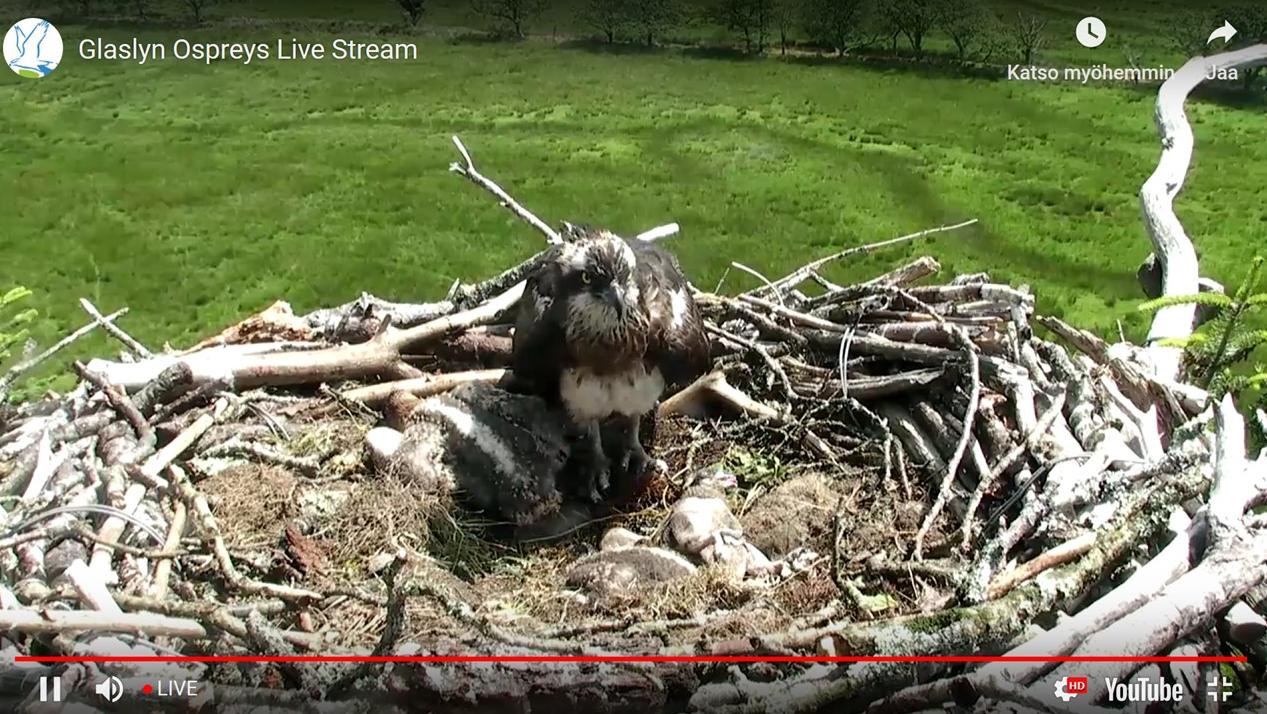 At just before 07:30 our middle chick sadly died in the nest.

We will never know exactly what happened, but the negative reaction to food on Thursday night was clearly a trigger for what looked like a lack of appetite during the following two days.

We are all devastated at BGGW, but we must move on and concentrate on our other two chicks. It has been over 10 years since Mrs G had a chick die in the nest, so we have had a good run.

Both in 2006 and 2007 when a chick died in the Glaslyn nest, Mrs G carried the body over the nest side on both occasions. We will probably see the same behaviour again.

We open the project as usual today, we will carry on with a brave face despite our chick from the 50th egg not making it.

We will post a blog and update you later on today.
https://www.facebook.com/BywydGwylltGla ... =3&theater
Ylös